If you love pizza (I know you do, shut up) then you have to try this Naan Bread Pizza! I’ve made homemade dough a bunch of times in the past, and while it’s often just fine, it’s downside is that it takes forever! Naan bread though, it’s already cooked and waiting for you at the store.

Ok start by preheating your oven to 400 degrees, and then wiping oil around the inside of a cast iron pan. 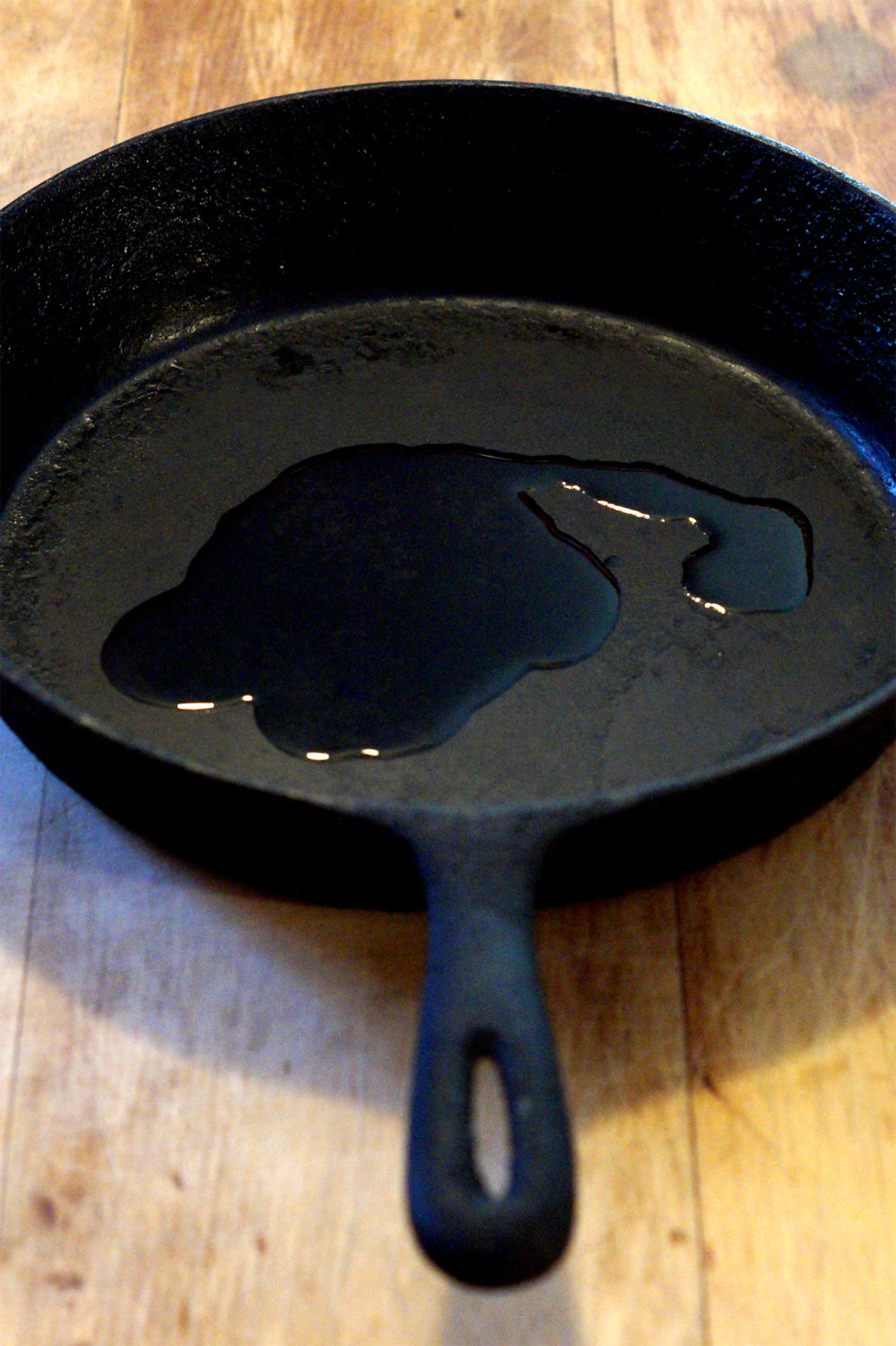 Next, get all of your chosen ingredients ready to assemble. Don’t forget, you can use this tomato sauce recipe which I think works great for this naan bread pizza. Use whatever toppings you like, it’s pizza after all. Yes, even pineapple. Do you want to know why pineapple is ok? It’s because this isn’t North Korea and basic choices don’t have to scare you. Do what you want you adventurous bastard! I chose what you see below simply because that’s what I had to use, and thats another reason this pizza is such a great idea. 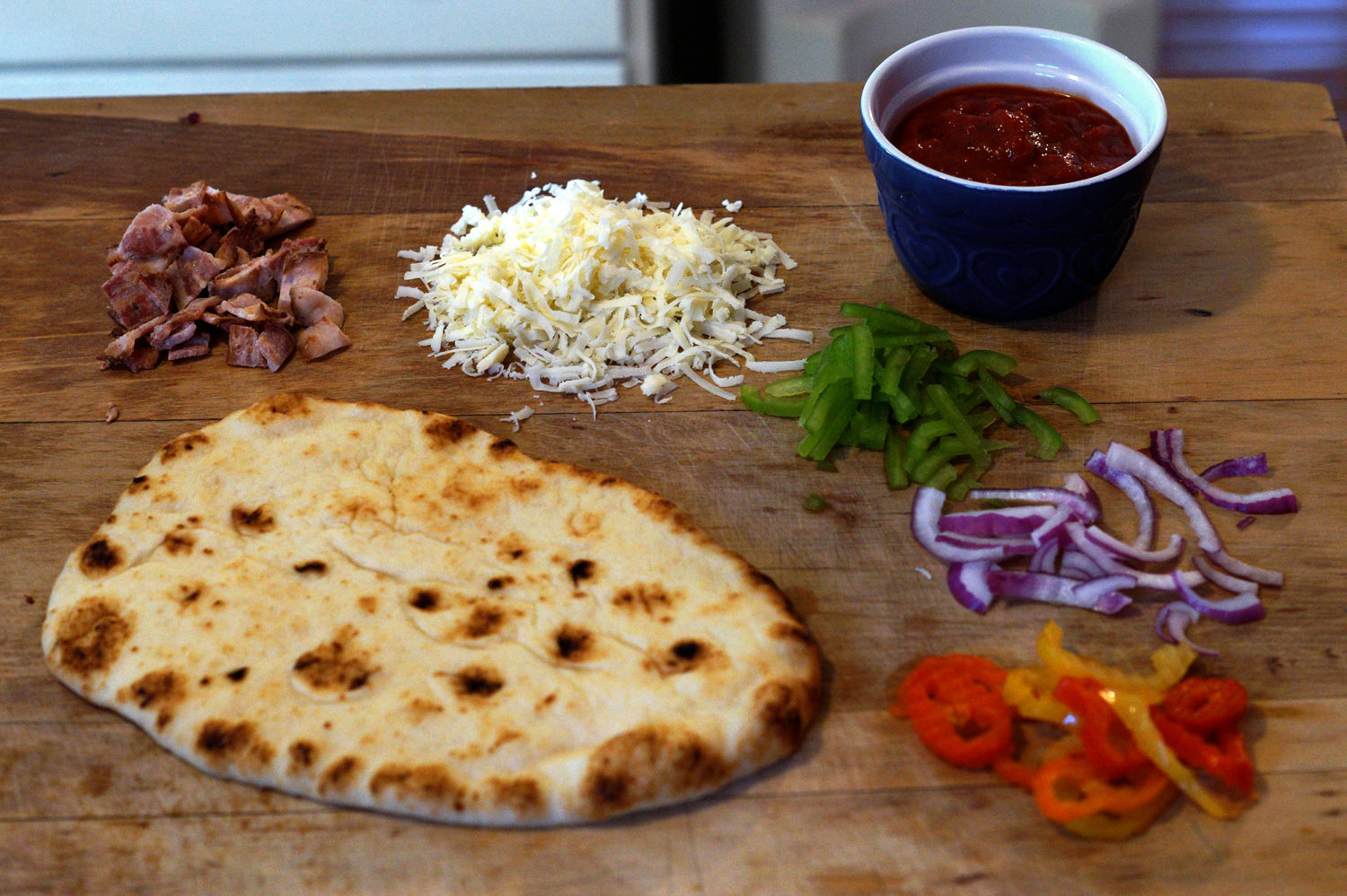 Next step is to assemble! Start by using a spoon to spread the sauce around in as thick of a layer as you like. Don’t go too crazy though or it may just run all over. Use your judgement. You’ll be fine. After the sauce is on, I like to sprinkle about half of the cheese on before the rest of the toppings. Then once they’re on, sprinkle on the other half of the cheese. Once you’ve got it all put together, gently set the naan bread pizza inside the cast iron pan. 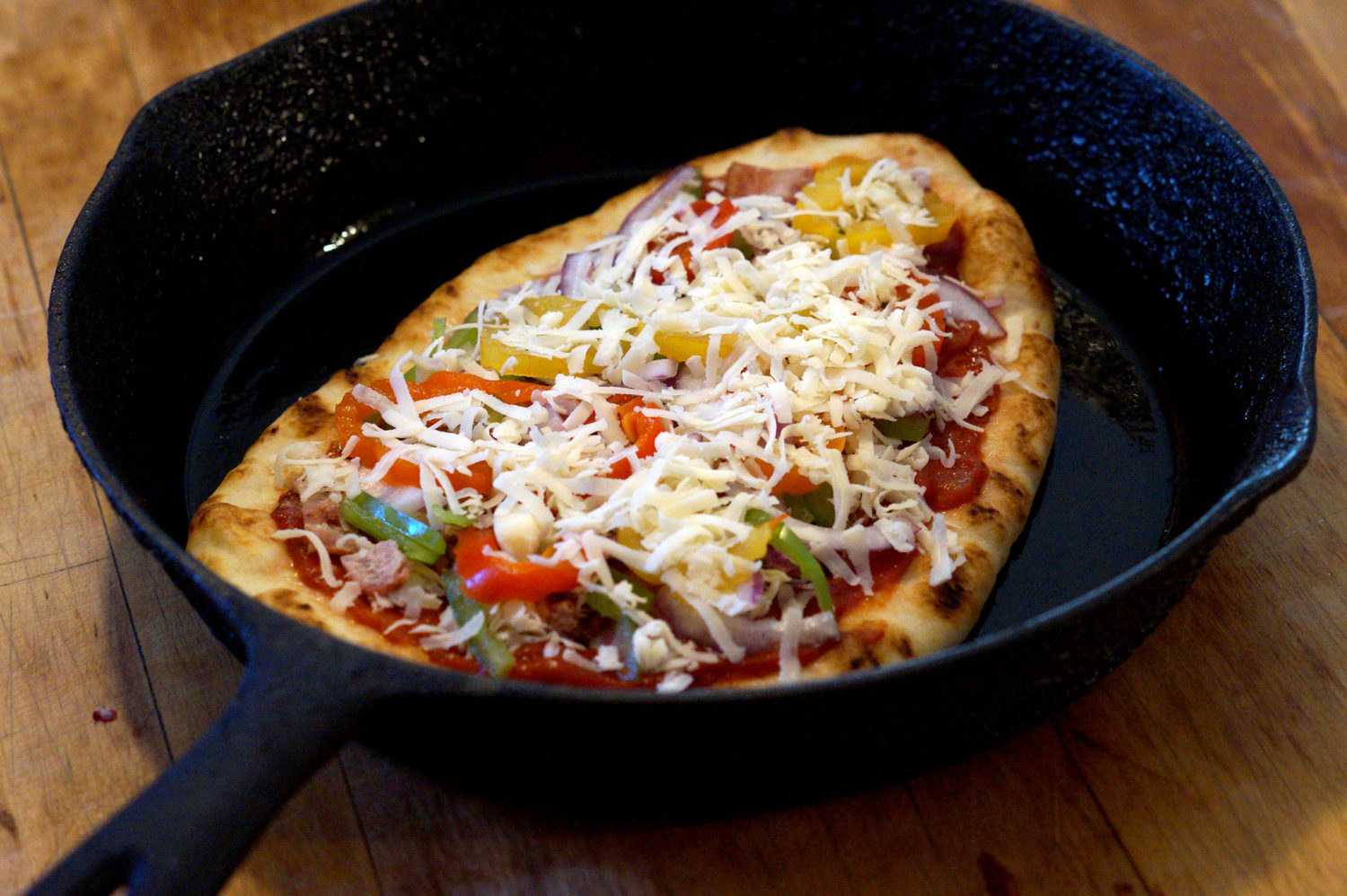 Then put it in the 400 degree oven for about 10 minutes. Keep an eye on it after about 8 minutes though as it can burn quickly!

Once the cheese starts to brown just a bit and the naan bread looks like it’s done the same, rescue it from damnation and set it on a cutting board for a few minutes to let it settle a bit. Then, cut it up and enjoy! 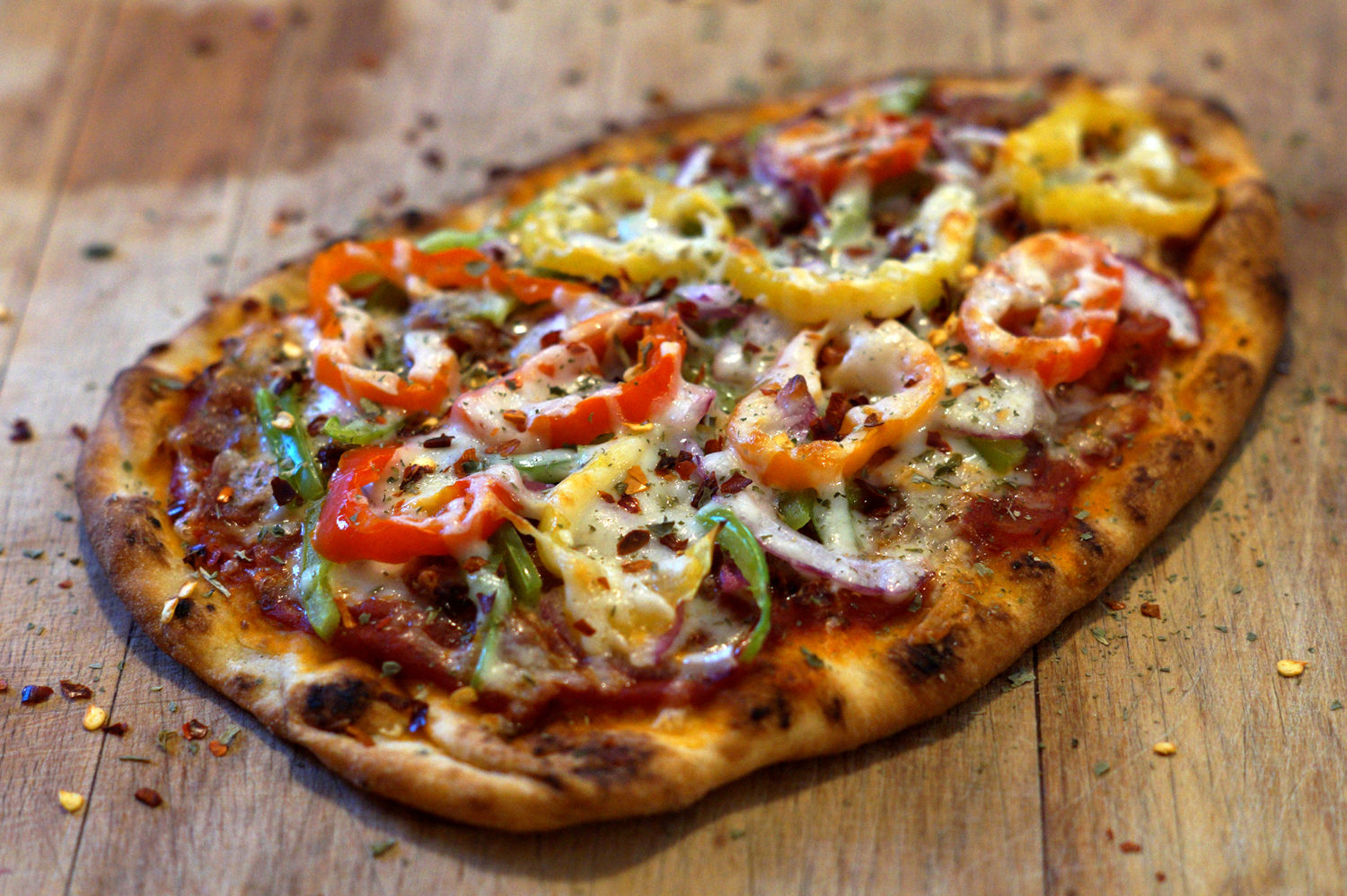 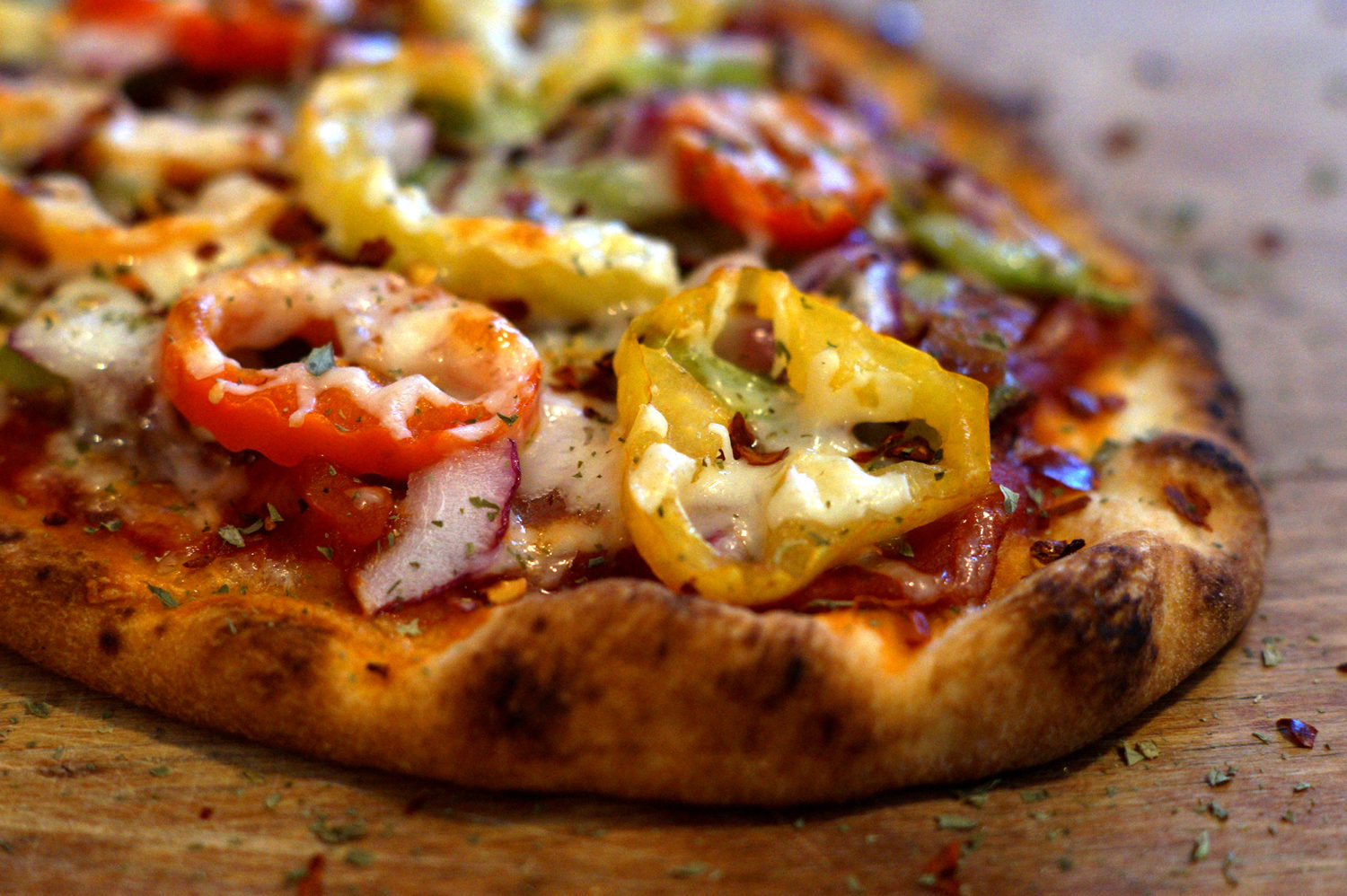 There has been a problem with your Instagram Feed.