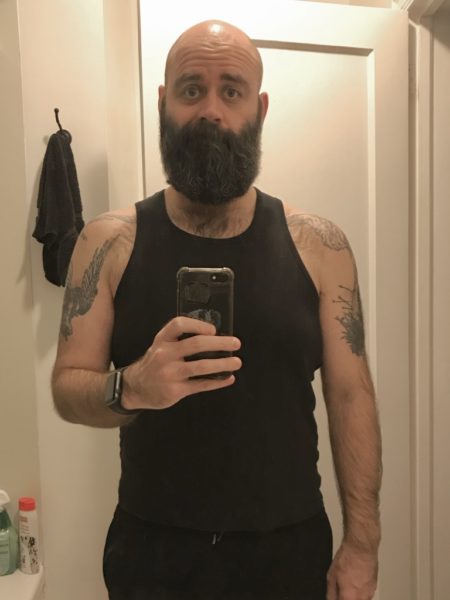 I have to admit, halfway through this past week I was considering making some changes to this whole keto diet thing. I wasn’t sure if I should lower the amount of carbs I’m allowing myself, or if maybe the intermittent fasting wasn’t being as effective as I’d hoped it would be. But I decided to just stick it out and make a decision on the weekend.

I keep expecting this to be similar to one of those crazy stories you hear through friends or some random article you read online, about people who start keto and drop ten pounds in the first 48 hours, or something equally mind blowing. The hilarious thing, though, is I don’t actually expect that to happen! And even if it did happen, it’s not like I’d have lost ten pounds of fat! It’d probably be about 90% water, which would be gained right back if I stopped being on the Keto Diet.

I frequently forget just how much of “dieting” is about managing expectations. I also have to keep reminding myself that there’s a lot more going on than just the reflection in the mirror or the number on the scale. Outside of being hungry in that last hour before lunch, I actually feel really good since I’ve started this. Yes, the first week is a bit bumpy, and those headaches early on can be monsters, but in general, the last week in particular, I feel noticeably better.

This past week was the first week that I can say, with confidence, that I was fully in ketosis. It was about halfway through the week when the ketostix (pee strips) really started turning that dark shade of purple that you pray you’ll see. That purple is like the gold star a teacher would give you if they thought you’d done a good job. Outside of a favourable reading on the scale, it’s actually an indicator that what you’re doing is working! That tiny little purple square covered in ketones is enough to keep you going for another day. You know the results can’t be far behind.

With a little side of exogenous ketones

I often read of people using exogenous ketones to help with the transition into a ketogenic state. At first I wanted to just do this on my own, and let my body adapt however it chooses to adapt, because I’ve never been a huge fan of supplements. I know most are harmless, and do nothing but help, but I always just prefer to let nature do it’s thing. But…this time I caved.

For the last week I’ve been using a product simply called Ketones by SD Pharmaceuticals. Now…I have no actual idea how to tell if they are in fact working, but as I said previously, that purple square not he stick was so much easier to maintain this week. So much easier that I (possibly foolishly, but thankfully not) decided to test things a bit on the weekend. 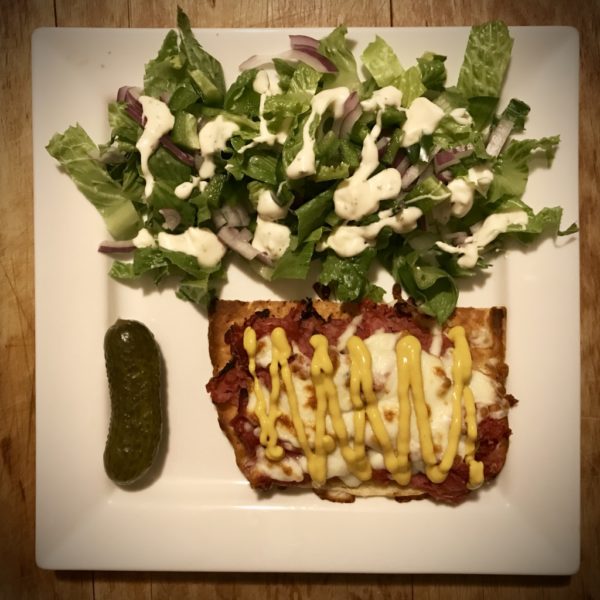 Tonights dinner: Montreal Smoked Meat with Mozzarella and Mustard on keto friendly flatbread. Salad with Ranch dressing on the side.

Ok so, hear me out. It was a friend, Madill’s, birthday and a bunch of friends were committed to going to a tequila expo that was in town this past weekend, and if I know myself at all, I know that if I’m out having a few beverages in that particular area of Oshawa, there’s a real good chance I end up at Smokes Poutinerie. So shortly before heading out for the night, I drank some ketones, crossed my fingers, and prayed this wouldn’t be a mistake. Turns out it wasn’t!

I woke up on Sunday with ketones still registering on that gratifying little purple square. A reduced amount, for sure, but still there. So, because I’m such a risk taker, and nothing went wrong the first time, I decided that maybe I should tempt fate one more time. A couple week sago I wen to the Oshawa Generals game and the row I was sitting in won free quarter chicken dinners from Swiss Chalet. I decided to roll with my usual order, the “quarter white with fries and a white roll” and just see what happens when I woke up today.

I’m very happy to report that I not only woke up still producing ketones, but I managed to still stay under the 180 lb barrier that I so happily crossed over the weekend. All in all I’m down 7.5 lbs in the three weeks I’ve been on this keto journey, and it’s just another little success that will help me keep it going for at least one more week.